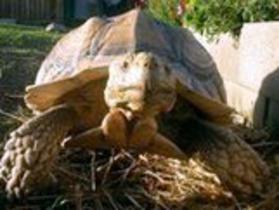 Conceive it + Believe it + Take Action

In 1726 Ben Franklin conceived a plan for sticking to the following good habits:
TEMPERANCE. Eat not to dullness; drink not to elevation.
SILENCE. Speak not but what may benefit others or yourself; avoid trifling conversation.
ORDER. Let all your things have their places; let each part of your business have its time.
RESOLUTION. Resolve to perform what you ought; perform without fail what you resolve.
FRUGALITY. Make no expense but to do good to others or yourself; i.e., waste nothing.
INDUSTRY. Lose no time; be always employ'd in something useful; cut off all unnecessary actions.
SINCERITY. Use no hurtful deceit; think innocently and justly, and, if you speak, speak accordingly.
JUSTICE. Wrong none by doing injuries, or omitting the benefits that are your duty.
MODERATION. Avoid extremes; forbear resenting injuries so much as you think they deserve.
CLEANLINESS. Tolerate no uncleanliness in body, cloaths, or habitation.
TRANQUILITY. Be not disturbed at trifles, or at accidents common or unavoidable.
CHASTITY. Rarely use venery but for health or offspring, never to dullness, weakness, or the injury of your own or another's peace or reputation.
HUMILITY. "Imitate Jesus and Socrates.

How did he do it? In Ben's own words: "I determined to give a Week’s strict Attention to each of the Virtues successively. Thus in the first Week my great Guard was to avoid every the least Offence against Temperance … if in the first Week I could keep my first Line marked T clear of Spots, I suppos’d the Habit of that Virtue so much strengthen’d and its opposite weaken’d, that I might venture extending my Attention to include the next … Proceeding thus to the last, I could go thro’ a Course compleat in Thirteen Weeks, and four Courses in a Year."

Ben didn't work on them all at once. Instead, he would work on one and only one each week "leaving all others to their ordinary chance." While Franklin did not live completely by his virtues, and by his own admission fell short of them many times, he believed the attempt made him a better man contributing greatly to his success and happiness, which is why in his autobiography, he devoted more pages to this plan than to any other single point; in his autobiography Franklin wrote, "I hope, therefore, that some of my descendants may follow the example and reap the benefit."

Ben Franklin's 289 year old gift keeps on giving--the greatest New Years present to you and me. Do you want to try Ben's experiment this year? If Yes all you need is a pen and paper or phone memo (and a little discipline will help too). Write down the 13 items that you'd like to improve in yourself. Then at the end of the day review your behavior and mark one star each time you (for lack of a better word) fail in achieving that virtue. The 2nd week begin again giving attention to your 2nd virtue only. And so on for the next 52 weeks. All The Very Best for A Happy Healthy Successful Year !